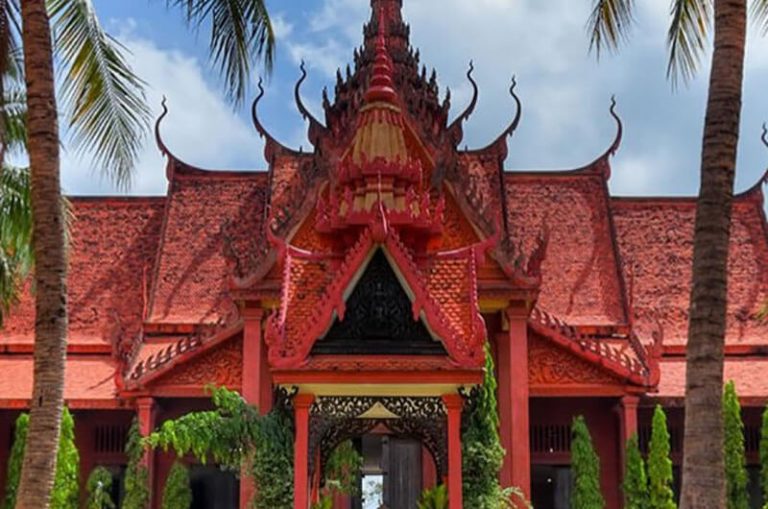 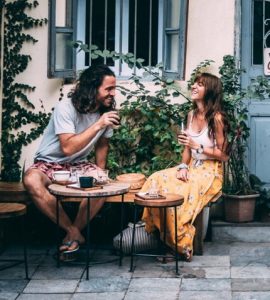 Built in 1917, the National Museum of Cambodia houses the world’s most extensive collection of Khmer artifacts. The museum, located nearby the Royal Palace of Cambodia, is set in carefully tended gardens. Visitors can explore the museum’s assemblage of artifacts ranging from prehistoric times and the great Khmer Angkorian Empire to more modern times.

The original construction of the National Museum began on August 15, 1917, with French polymath ​​George Groslier’s design. However, it was not until April 13, 1920, that the museum officially opened its doors under King Sisowath. The museum was initially known as Musée Albert Sarraut, named after the then Governor-General of Indochina, until the 1950s.

On August 9, 1951, the French ceded their authority over the museum to Cambodia, leading to Cambodia’s independence in 1953. Eventually, the museum gained its new name of Musée National de Phnom Penh. In 1966, the museum appointed its first Cambodian director with Chea Thay Seng.

After a series of renovations and temporary closure during the Khmer Rouge, the museum has continued its mission to promote awareness of Cambodian heritage through educating visitors. Today, the museum oversees other provincial museums throughout the country.

There are four main galleries at the National Museum, which demonstrate the evolution of art throughout Khmer history:

These collections include the eight-armed Vishnu statue (6th century), portraits of King Jayavarman VII, Buddhist and Hindu objects, and more. Aside from the era, artifacts also fall under the material classifications of bronze, ceramics, stone, and wood.

Tips for Visiting the National Museum of Cambodia

The National Museum is open daily from 8 AM to 5 PM. The last admittance is at 4:30 PM. Visitors can purchase tickets at the gates (children and school groups can enter for free). Arrangements for tour guides are also available in many languages, including English, French, and Japanese.

After your tour at the National Museum of Cambodia, you may also wish to visit the Royal Palace or explore the iconic riverfront strip. There, you can find many hotels, restaurants, bars, cafes, and markets at your convenience. 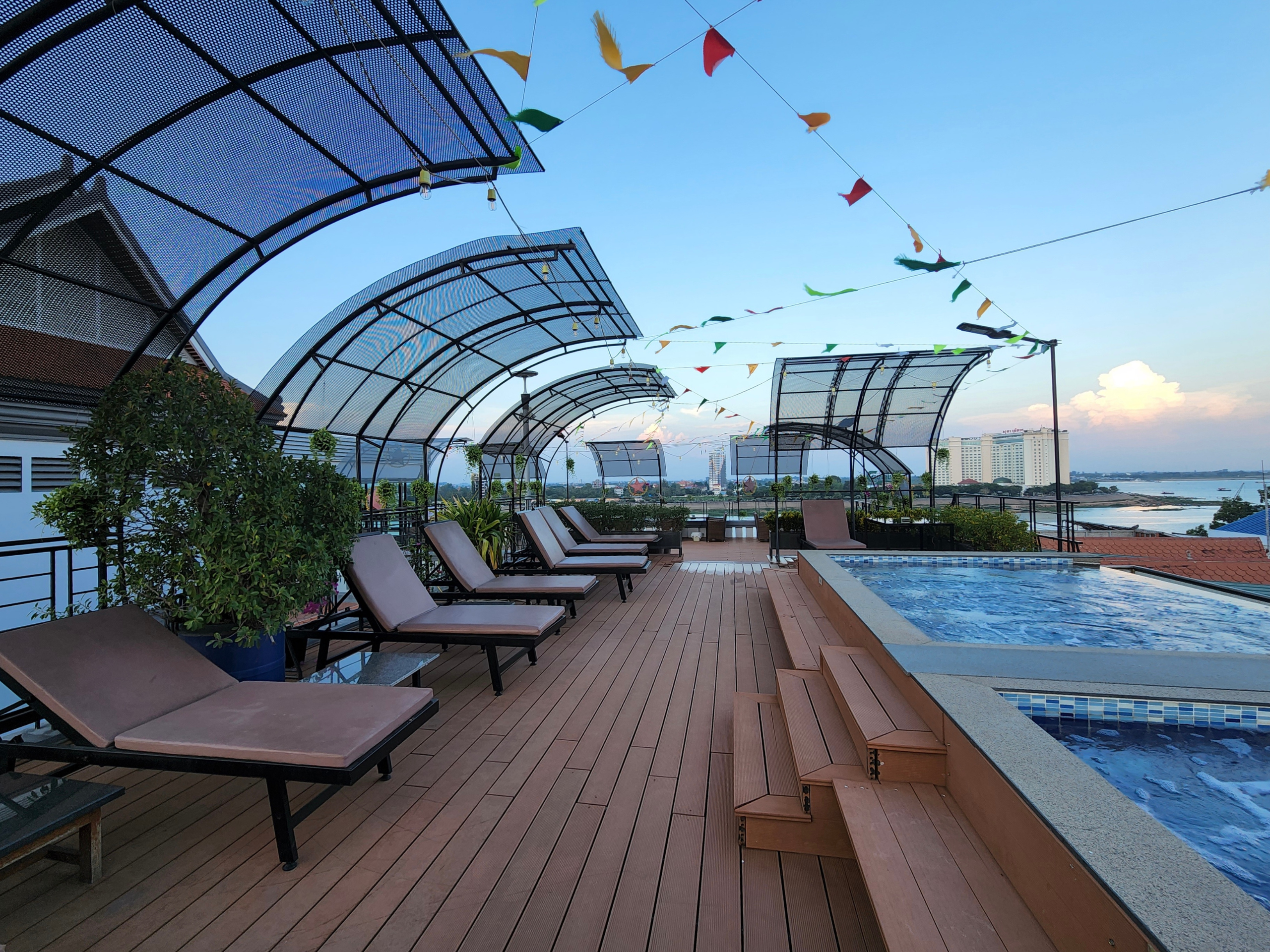 Cambodia is known for its hot, humid, and muggy weather. While its warm climate makes it a great location for vacationing, this means a lot of sun exposure to harmful UV rays is also inevitable. Learn how to stay safe and cool while visiting Phnom Penh. 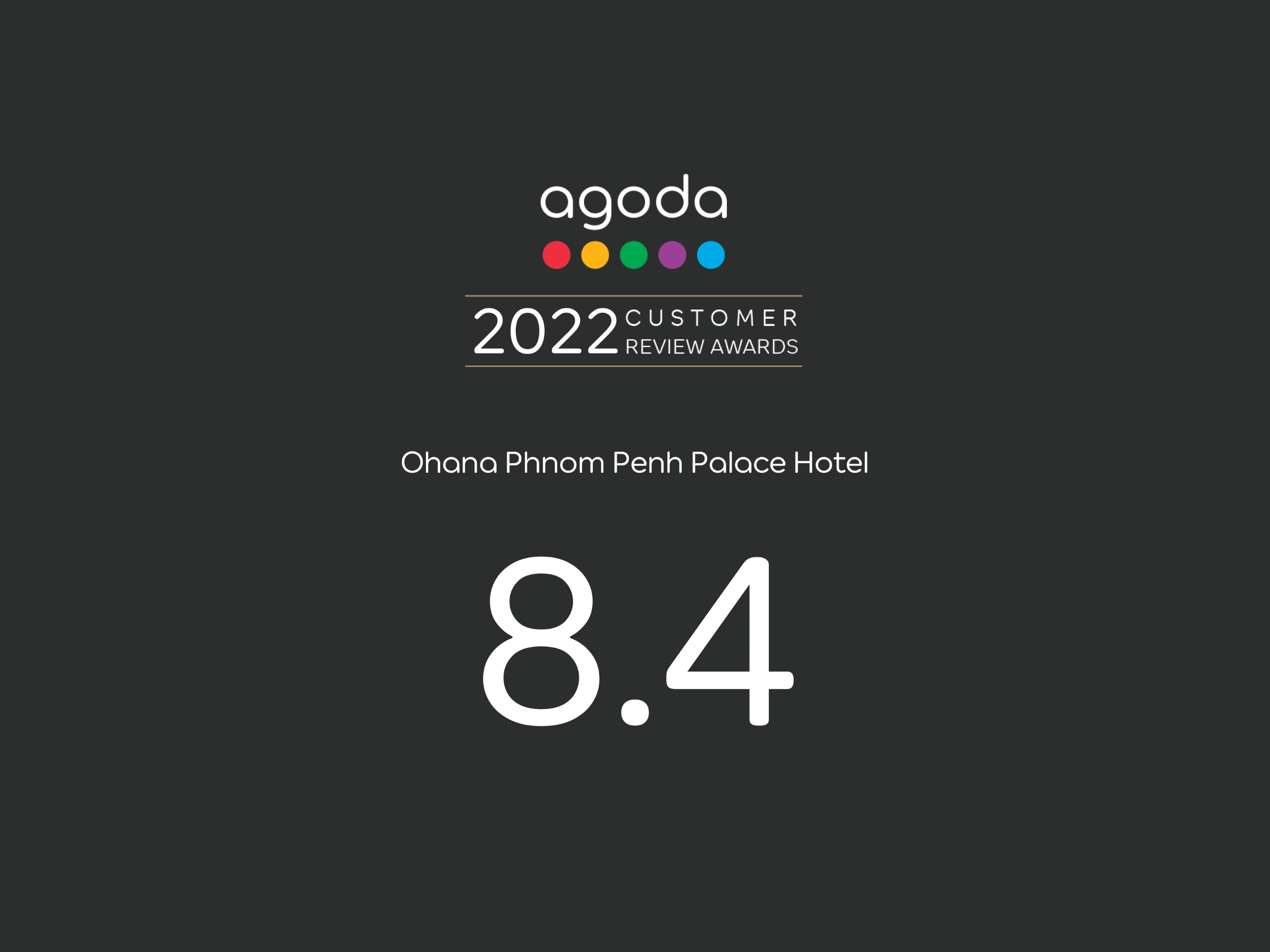 Ohana Phnom Penh Palace Hotel wins the esteemed 2022 Agoda Customer Review Award once again, making it among one of the best hotels in Phnom Penh. 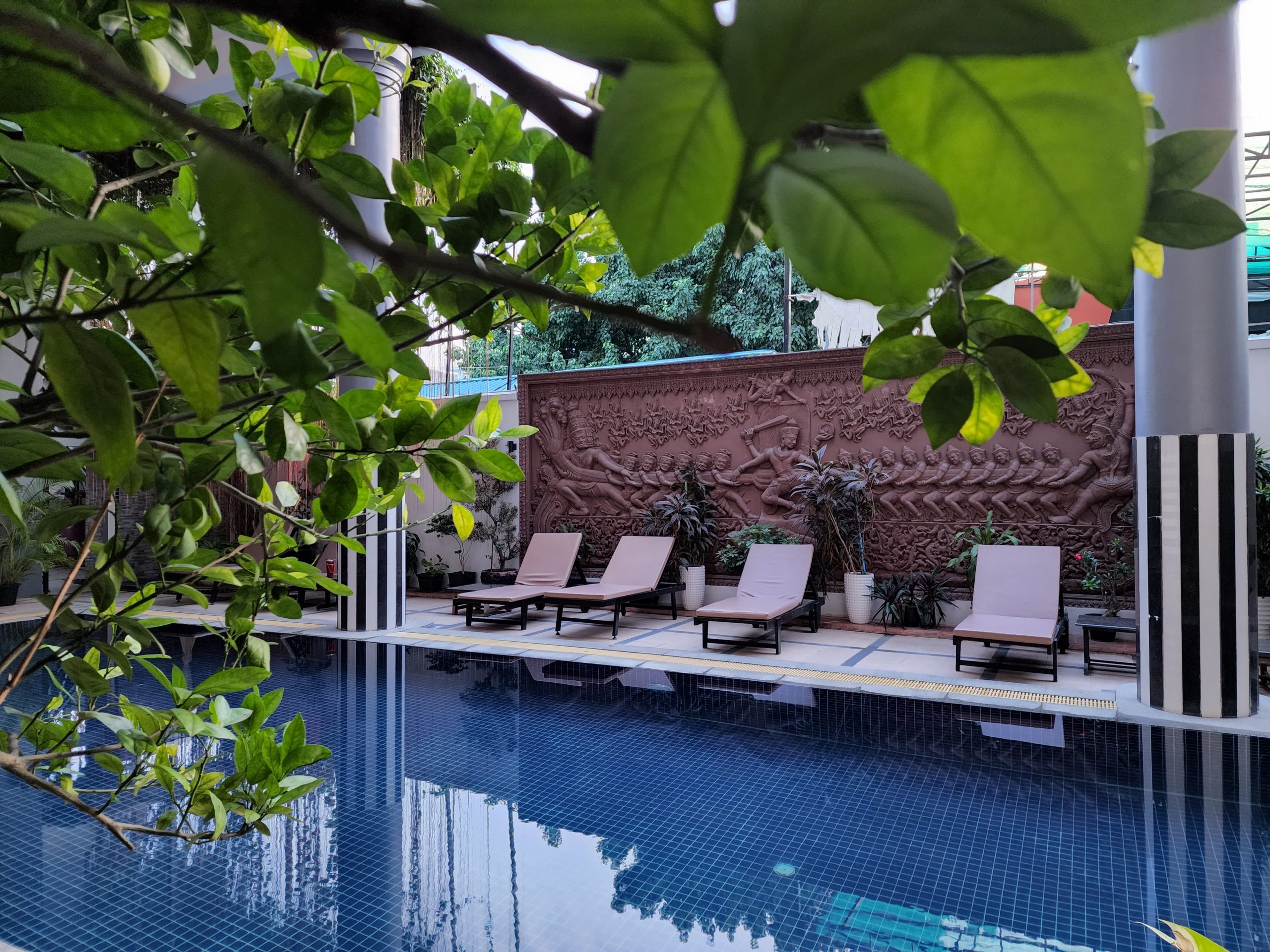 Stay at a Hotel with a Swimming Pool in Phnom Penh

Whether you’re on vacation or just looking for a place to stay in Phnom Penh, don’t forget to stay cool and healthy with Cambodia’s scorching 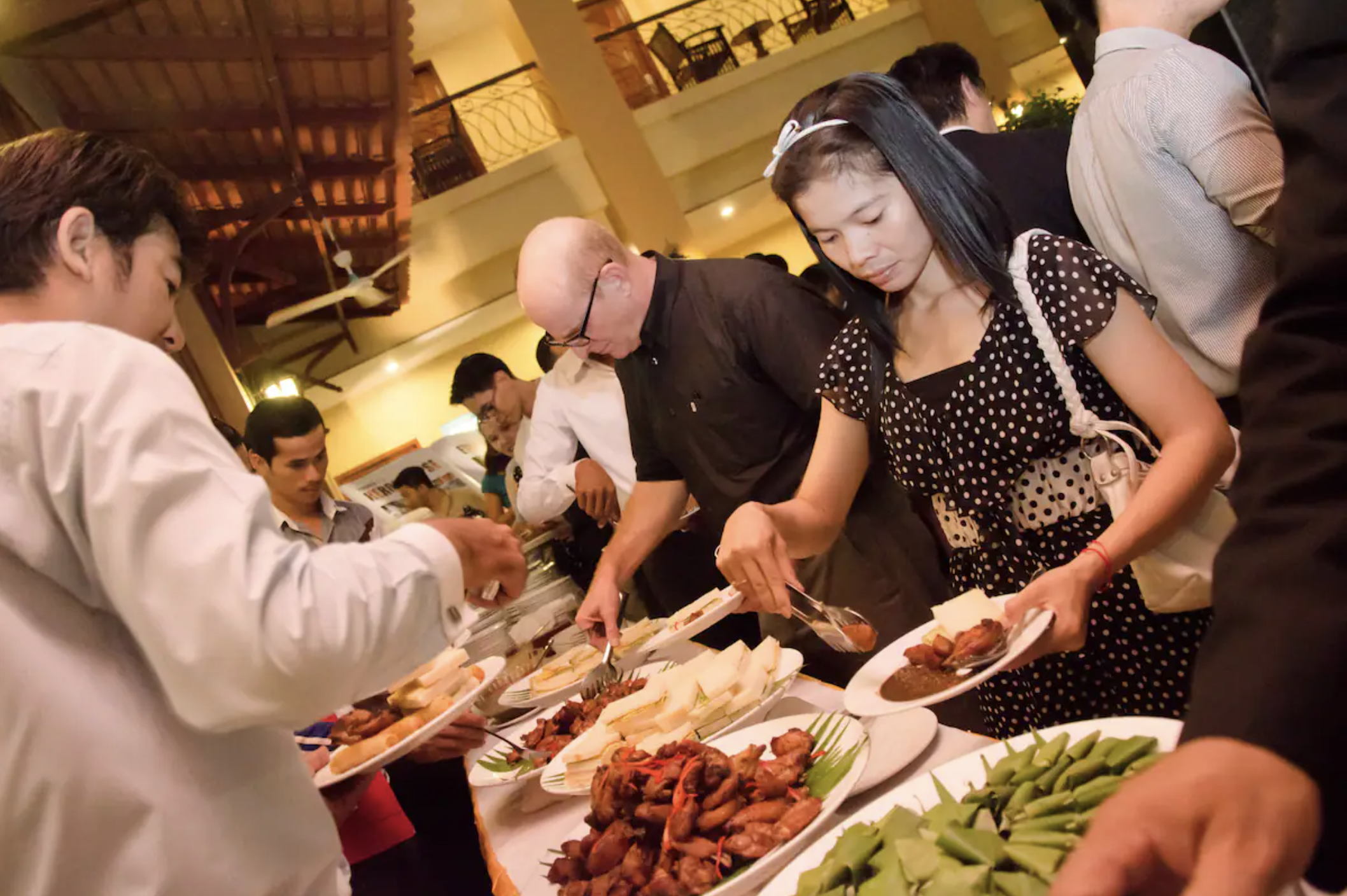 Host Your Event at a Hotel Meeting Room in Phnom Penh

Whether you’re looking to host a grand celebration or a simple family event, selecting the right venue is crucial. From execution and specifications to experience 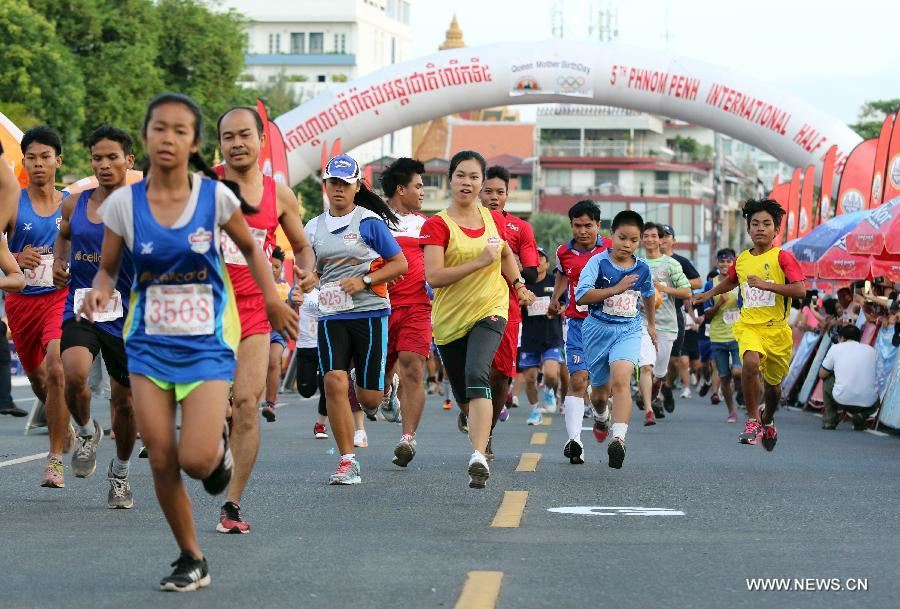 Every year in June, the Phnom Penh International Half Marathon – one of Cambodia’s largest running events – takes place in front of the Royal 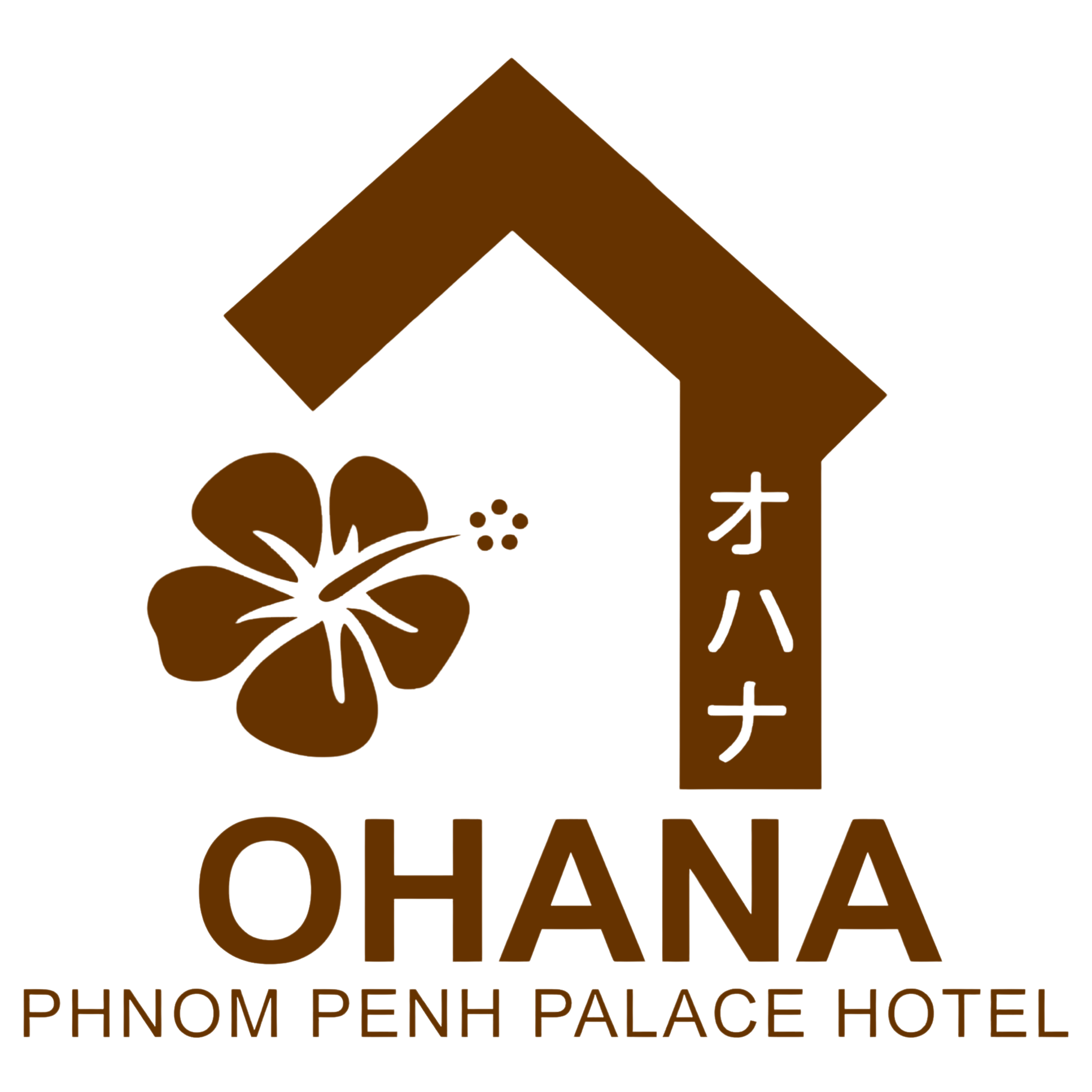